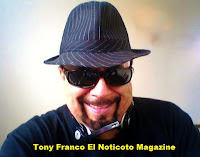 DOLPHIN TALE  is a 3D adventure family movie directed by Charles Martin Smith and starring Morgan Freeman, Harry Connick Jr., Ashley Judd, Kris Kristofferson, and Nathan Gamble. The story is inspired by the remarkable true story of a courageous dolphin named Winter and the compassionate people who banded together to save her life. The movie Dolphin Tale was released in theaters on September 23, 2011.

A young boy befriends Winter, an injured dolphin who lost her tail in a crab trap, and motivates everyone around him to help save the dolphin by creating a prosthetic appendage to replace the dolphin’s missing tail.

Harry Connick Jr. plays a vet who rescues the mammal and brings her to the marine hospital he runs. Ashley Judd plays the boy’s mother while Morgan Freeman is a doctor who creates a prosthetic limb for Winter.

“Inspired by the true story of a dolphin named Winter who was rescued off the Florida coast. The film will follow a boy who befriends an injured dolphin who lost her tail in a crab trap.

Morgan Freeman plays a doctor who creates a prosthetic tail for the dolphin, while Ashley Judd stars as the boy’s mother.”

Staying strong in second place was the Brad Pitt baseball drama MONEYBALL (based on a true story) Brad Pitt plays Billy Beane, Oakland A´s manager in the story.
The critically-acclaimed and surprisingly audience-pleasing that had a cost of $50 million , now has $38.4 million in ten days.

In third place was the stunningly successful relaunch of The Lion King  which pulled in another $11.1 million in what may or may not be its last weekend (3D Blue-ray combo pack. video goes on sale this coming Tuesday, Oct. 4)  The re-release alone has earned $79 million, meaning that THE LION KING 3D is now the third animated film in history to cross $400 million in domestic grosses and is, at $408 million, the story of a guilt ridden lion cub, tricked into thinking he killed his father and flees into exile abandoning his identity as the future king, is  very close of surpassing the $415 million gross of Toy Story 3.

This movie with about $880 million worldwide, it's just $6 million away from overtaking Ice Age: Dawn of the Dinosaurs ($886 million total) as the third-biggest animated film in worldwide box office history.