After a successful run in Europe earlier this summer, Shakira kicked off the U.S. leg of her El Dorado Tour at the United Center in Chicago on Friday (Aug. 3). The tour was rescheduled from January after the singer/songwriter had to postpone her international trek due to strained vocal chords.

Shakira fans waited long enough to see the Colombian superstar touring and back onstage in the United States. “It’s so good to see you,” Shakira said after singing her first couple of songs, including “Estoy Aquí,” “She Wolf” and “Si Te Vas.”

“It’s been way too long," she continued. "I’ve been dreaming about this moment. There were times when all of this seemed impossible, but miracles do exist. You made this happen! Thank you for all your support, especially in these last few months." Shakira sing her heart out -- in English and Spanish -- for nearly two hours and delivered classics like “Inevitable,” “Tú” and “Antología” and her most recent hits such as “Me Enamoré” and “Chantaje,” she also danced all night long. Even as mother of two, those hips still don’t lie.


Shakira worked the stage from left to right walking along a runway that stretched to the center of the venue, the hypnotizing and infectious hip moves came when the chart-topping artist sang tracks like “Perro Fiel,” “Dare (La La La),” “Waka Waka” and “Loca.”

Of course, the sexy, upbeat tracks called for a change in wardrobe and for those, Shakira appeared onstage with her staple belly dancing wraps covered with beads and coins that really accentuated her hip-swiveling moves.
Two special guests spotted in the crowd were Shakira’s sons: Milan and Sasha. The two almost stole the show when they were ushered to their front row seats where they would see their mamá in all her glory. From the stage and throughout the show, she blew kisses their way.
Shakira also appeared on the other side of the venue wearing a long, gold dress to sing “Toneladas” and right after, made her way back to the main stage walking in the middle of the crowd and stopping to snap a few selfies and greet fans who threw themselves at her as she passed by.
The grand finale was a succession of hits, including “Rabiosa,” “Hips Don’t Lie,” “La Tortura” and “La Bicicleta.” It reminded us of how vast Shakira's catalog is, and how enduring the hits are, even after a seven-year wait.
“First night in the U.S., incredible,” she wrote on social media immediately after the concert. “Thank you, Chicago”  (Billboard).
TOUR UPCOMING DATES:
Sat, AUG 04 Little Ceasars Detroit, MI
Tue, AUG 07 Air Canada Centre Toronto, Canada
Wed, AUG 08 Bell Centre Montreal, Canada
Fri, AUG 10 Madison Square Garden New York, NY
Sat, AUG 11 Verizon Centre Washington, DC
Tue, AUG 14 Amway Center Orlando, FL
Wed, AUG 15 BB&T Sunrise, FL
Fri, AUG 17 American Airlines Arena Miami, FL
Sat, AUG 18 AmericanAirlines Arena Miami, FL
Tue, AUG 21 American Airlines Center Dallas, TX
Wed, AUG 22 Toyota Center Houston, TX
Fri, AUG 24 AT&T Center San Antonio, TX
Sun, AUG 26 Talking Stick Resort Arena Phoenix, AZ
Tue, AUG 28 The Forum Los Angeles, CA
Wed, AUG 29 Forum Los Angeles, CA 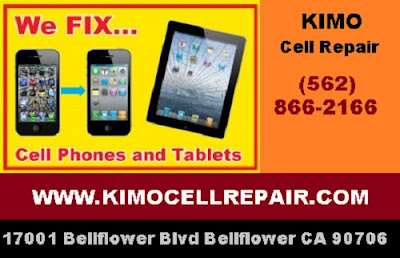