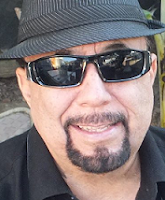 
Lupe Ontiveros (September 17, 1942 – July 26, 2012) was an American film and television actress. Ontiveros acted in numerous films and television shows, more recently, an all-knowing grandmother.  She was considered a "Forceful Voice for Social Justice, and a Trailblazer for Latinas Nationwide"


Ontiveros was born Guadalupe Moreno in El Paso, Texas, the daughter of Luz "Lucita" Castanon and Juan Moreno, middle-class Mexican immigrants who overcame a lack of formal education and were owners of a tortilla factory and two restaurants in El Paso. She graduated from El Paso High School and went on to study at Texas Woman's University in Denton, Texas, where she received a bachelor's degree in social work. 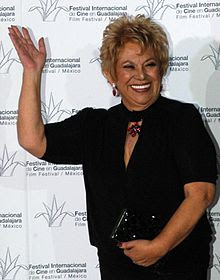 After her marriage, she and her husband moved to California to realize his dream of starting an automotive business. Ontiveros saw an article about a need for local film "extras". With her husband Elias Ontiveros´ encouragement, she began with that simple job and parlayed it into a long stage and screen career.

After deciding she wanted an acting career, Ontiveros began in earnest, following up full-day sessions at her first career with evening work at Nosotros, a community theater in Los Angeles. In 1978, she was cast as Dolores in Luis Valdez’s historic play Zoot Suit in her first major theatrical role. She went on to reprise the role on Broadway — the first Mexican American theatrical production ever to play there — and in the 1982 film version. She was a founding member of the Latino Theater Company.

Ontiveros stated that she wanted to see more diverse roles available to Latino actors, and last year, when I had the opportunity to ask her a few questions at the MALDEF Gala Awards Ceremony, I touched on her preference on portraying a maid (which she did  more than 200 times), and I remember her answer and how her lovely smile disappeared for a little while as she told me looking more seriously at me

“Tony, I feel so proud to represent those women who come to America ¡To fight for a better living! Many of them are single mothers who every day struggle to survive, pouring their soul and heart into their jobs ."  And in part because of her history in this role, she was chosen as the narrator for the documentary Maid in America.

She received many awards and recognitions along her career including Best Supporting Actress in a Motion Picture at the 2000 Independent Spirit Awards for her role as a tough theater director in the movie CHUCK & BUCK.

She co-starred with America Ferrera in the 2002 film Real Women Have Curves as the overbearing mother of Ferrera's character. Her performance received excellent reviews and earned her and her co-star a Special Jury Prize at the prestigious Sundance Film Festival. She and Ferrera appeared together again in the family comedy Our Family Wedding.

Ontiveros had a recurring role in the 2004-05 season of American prime time soap opera series Desperate Housewives as Juanita Solis, Gabrielle's suspicious mother-in-law. She received an Emmy nomination as Best Guest Actress in a Comedy Series for this role.

In 2004 she also began a role as Abuela Elena, the grandmother of the title characters in the animated PBS children's series Maya & Miguel. The multicultural and bilingual series later introduced a deaf character, Marco, after a sign language-themed episode was suggested by the actress, who has two hearing impaired adult sons.

She also had been a guest star on Hill Street Blues, Red Shoe Diaries, Resurrection Blvd., Cory in the House, and King of the Hill, among many other series.

www.elnoticoto.com extends our most sincere condolences to her family on the loss of this inspiring mother and movie star whose legacy will live on for many generations to come... 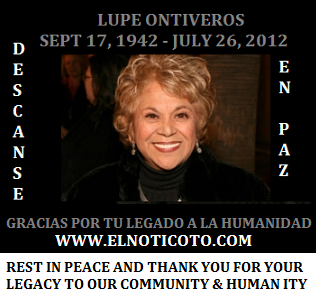 “Yesterday, my mother passed away at 10:20 p.m. in the company of her family,” said Ontiveros’ son, Elias Ontiveros. “My father Elias, brother Nicholas, and I were in her presence as she took her last breath.”

MALDEF Vice President of Strategic Development and Communications David Damian Figueroa stated, “I'm heartbroken by the passing of my dear friend, mentor, and confidant Lupe.  I will be forever grateful to her family for including me in her last hours. Lupe was a warrior in the fight for Latinos and civil rights.  She was always willing to support MALDEF and her community. We owe her a great debt for her trailblazing contributions in the arts and as a tireless community servant.  We have lost a great American icon.”

Ontiveros rose to prominence in 1983 for her role as a seamstress, maid, and mentor to an immigrant girl from Guatemala in the film El Norte, which was nominated for an Academy Award; and is best known for her role in the feature film Selena. She also starred in the theatrical and film versions of Luis Valdez’s Zoot Suit; acted alongside Jack Nicholson in As Good As It Gets; starred in Steven Spielberg’s Goonies; and garnered an Emmy nomination for her role on ABC’s Desperate Housewives.  The National Board of Review granted Ontiveros the award for Best Supporting Actress for her role in Chuck and Buck.  Ontiveros was frequently cast in roles as a maid throughout her career, but she was known for proudly accepting those roles as a means to create opportunities for future Latina actors.

Actor and MALDEF Board Member Eva Longoria stated, “I'm deeply saddened at the news of my dear friend Lupe Ontiveros'  passing. She was more than a colleague to me, she was my family. My heart is with your family Lupe . . .”

Ontiveros was a social worker for 18 years prior to becoming an actor. She maintained her activist spirit throughout her career as an actor, working to prevent domestic violence and promote awareness of HIV/AIDS prevention. She was a staunch supporter of MALDEF’s legal and advocacy work, joining MALDEF in 2010 in the effort to increase Latino awareness about the Census and frequently appearing at MALDEF events.

Thomas A. Saenz, MALDEF President and General Counsel, stated, “In an industry that too often ignores the largest minority group in the country, Lupe fought for recognition of the very existence and the dignity of immigrant and working Latinos.  In all of her roles and in her irrepressible and irreverent humor, Lupe's deeply heartfelt respect for her community always shined through.  We were enormously privileged to have her support at MALDEF, and we will long feel this terrible and untimely loss.”