THE BEST PAYING JOBS IN AMÉRICA 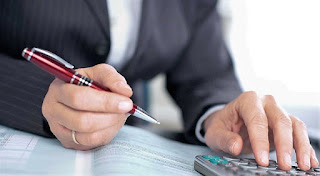 The best-paying 13 companies in the Standard & Poor's 500, including computer-networking company Juniper Networks (JNPR), Netflix (NFLX) and Yahoo (YHOO), shell out median annual salaries to workers of $115,000, according to a USA TODAY analysis of data from Glassdoor.com. Glassdoor compiles self-reported pay statistics from anonymous employees.

Salaries paid to rank-and-file workers are coming into focus due to new rules passed last week by the Securities and Exchange Commission. These so-called pay-gap rules will require companies to disclose how many times more CEOs are paid than employees. The rule is intended to give workers, companies and investors a better gauge to put CEO pay into perspective. But the rule will also give employees and investors a way to size up employee pay across industries and companies.

Getting paid $115,000 a year is certainly not the norm. The median pay — or the amount where half the workers earn more and half earn less — in the S&P 500 on average is $68,000 a year among the 459 companies in the S&P 500 for which Glassdoor has valid pay statistics.
But several pay much more. And it looks like investors are getting what they pay for from the companies pushing the envelope on pay. An equal-weighted index of the 13 companies with the highest median pay is up 24.3% over the past year. That easily outperforms the S&P 500's 8.8% gain during the same time.

Longer term, shares of companies paying the most to employees have paid off for investors, too. The 12 companies with the highest median salaries and at least five years of trading history are up an average 163.1% during that time — beating the S&P 500's 85.2% gain during the same period. That's a telling statistic since the average tenure of wage and salary workers with a current employer is roughly five years, according to the Bureau of Labor Statistics.

Perhaps not surprisingly, the overwhelmingly dominant industry for outsized salaries is technology. All but two of the top paying companies hail from the information-technology sector, says S&P Capital IQ. But even the two top paying companies that aren't technically in the information technology sector, Netflix and computer infrastructure operator Equinix (EQIX), are technology based. Netflix is in the consumer discretionary sector and Equinix is in finance.
There are some large paychecks in tech. Employees looking for the big score should get their resumes into Juniper Networks. The company, which designs and makes high-performance networking equipment, pays employees a median $134,721 a year, according to Glassdoor. That makes it the highest-paying company in the analysis.

Here's an interesting twist: Juniper Networks is also the biggest money loser of all the top-paying companies. It posted a net loss of $427.8 million during the past 12 months — a big contrast to the average $2.2 billion net profit posted by the group of best-paying companies. The CEO Rami Rahim has only been the company's top executive since November 2014, so his relative pay from last year isn't comparable to employees' yet.

That monthly fee you've been paying to Netflix is finding its way into some of the pockets of employees, too. The workers there are pulling down a median $132,220 salary, says Glassdoor.com. That's not all that surprising given the company's tremendous performance. The company's profit has expanded to $192.7 million over the past 12 months, but more impressively, the stock is up 630% over the past five years. That's the best stock performance of any of the top-paying stock
What's interesting, too, about Netflix is that its CEO Reed Hastings was paid $11 million last fiscal year. While that's a handsome sum, too, it's only 84 times greater than the median paid to employees — which is less than the average 216 times gap between CEO pay and median employee pay in the S&P 500.

Yahoo is no stranger to big compensation packages — and that includes employees and the CEO. Employees pull down a median pay of $121,202, ranking the media company No. 6 relative to other companies in the S&P 500. But as well as employees get paid, it's still relatively tiny next to the CEO's haul. CEO Marissa Mayer pulled down more than any other female CEO in the S&P 500 last year to the tune of $42 million. That's means Mayer made 347 times more than the median employee — which is meaningful when you're talking about a top-paying company.