GOLFITO A PARADISE IN COSTA RICA 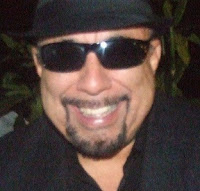 The port town of Golfito  is located in Puntarenas a province on the southern Pacific Coast of Costa Rica, near the border of Panama.

The town lies on a narrow strip of land between the eponymous bay and a hill and consist of two parts, the town proper and shopping area to the south, and a residential area near the port. Still further north are the duty-free zone and an airstrip.

From the northern section, which was the old United Fruit Company headquarters, trails go up to the Refugio Nacional de Vida Silvestre Golfito (Golfito Wildlife Refuge) on the hill, which extends across to the other side of the bay and is part of the National Parks of Costa Rica.

African palm oil plantations today have replaced all the old banana plantations and, due to its success, more and more land is devoted to grow this palm. A small flow of tourists began to arrive in the mid 1990s, and by mid 2006 sport fishing has become the most important tourist attraction. The Duty Free Shopping Centre (Deposito Libre Comercial de Golfito) (really 'lower tax') has attracted shoppers from other regions of the country, helping the local hospitality business.

Golfito Bay is within the larger Golfo Dulce, and separated from the open Pacific Coast by the famous Osa Peninsula. Frequent ferry boats cross the Golfo Dulce from Golfito to Puerto Jimenez, which is the primary access point for the Osa Peninsula and the splendid Corcovado National Park, one of the few remaining sizeable areas of lowland tropical rainforest in the world.

The beaches in the region are some of the most beautiful in the country. Calm water provides for many peaceful tourist activities, even during the tide fluctuation, which averages about 9 feet. 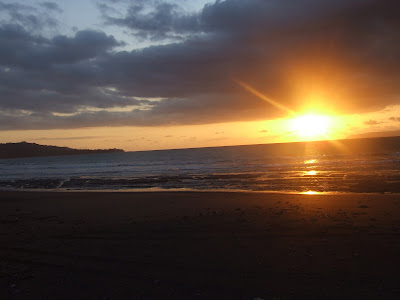 The town offers small marinas, yachting and boating services, sport fishing, and a destination for cruise ships. Much of the tourism in the Golfito area focuses on the sport fishing industry. Many of the lodges and hotels have their own sport fishing fleets and experienced boat captains. Yachting, boating, water sports and beach activities are also popular pastimes. The beaches south of Golfito — Playa Zancudo, Pilon and Pavones — offer excellent surfing. Easy and safe water approach make it a relaxing place to stop and check in or out of Costa Rica when sailing. 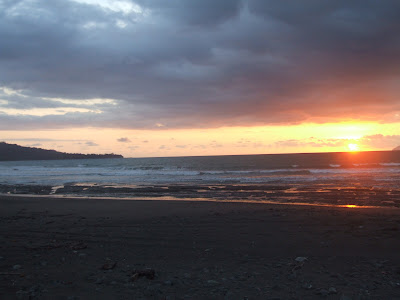 I spent a week in Golfito and I really enjoyed the town,  its people, the beautiful beaches and my favorite place to stay "El Fogón de Doña Inés" in Cocal Amarillo, in Pavones a great place to stay with a private beach and beautiful sunsets as you can see in these pictures and a great place to surf.  Pavones  also has the world's second longest wave to the left for surfers to enjoy. 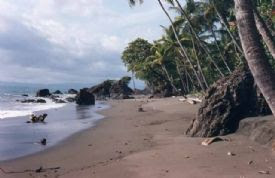 I want to thank Chico, a great friend of mine who has made this trip very enjoyable, Danilo a very well known personality in Golfito and  also my gratitude to Alfonso and Vilma the managemat Hotel San Martin and Vero´s Bar for their hospitality and friendship, there is no doubt in my mind that only 2 words can describe Costa Rica very well ¡PURA VIDA! (pure life)
- January 20, 2012 No comments: 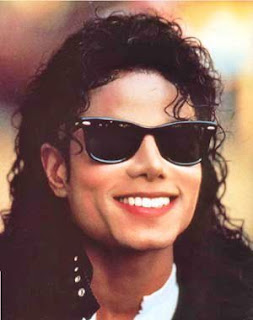 The Estate of Michael Jackson announced today that Michael Jackson will be immortalized in a hand and foot print ceremony at Hollywood’s legendary Grauman’s Chinese Theatre on January 26, 2012, starting at 11:00am, in a giant celebration of the Legacy of the King of Pop and the Los Angeles debut of Michael JacksonTHE IMMORTAL World Tour, the critically acclaimed Cirque du Soleil production and top grossing tour in the United States, according to Pollstar.

The Estate will be joined by Michael Jackson’s three children, Prince, Paris and “Blanket” who will use their father’s sequined glove and shoes to make impressions in the cement in the famous forecourt of the theatre as family, friends and fans celebrate the legacy of the King of Pop.  The event is produced by the executors of the Estate of Michael Jackson, John McClain and John Branca. A special live presentation from the cast of THE IMMORTAL World Tour will be performed , and the event will be  M.C.’d by Access Hollywood and Access Hollywood Live’s  anchor Billy Bush.

The entire event will be streamed live via Twitter @michaeljackson with additional photos and live coverage of the event tweeted from Twitter's music channel @twittermusic.
Michael Jackson THE IMMORTAL World Tour performs in Los Angeles at Staples Center January 27-29, 2012.  The production is a riveting fusion of visuals, dance, music and fantasy that immerses audiences in Michael’s creative world.  The show literally turns his signature moves upside down, unfolding his artistry before the eyes of the audience.  USA Today called it “A Thriller of a show!” and Rolling Stone raved about ‘the hit-packed King of Pop spectacle.”  Commenting on IMMORTAL’s success, Forbes noted “That should come as no surprise, given the extraordinary spectacle that audiences witness with each performance”  while Entertainment Weekly said that, “Even the most casual of Jackson followers will be entertained, and Jackson acolytes will revel in every glittering, peculiar moment.” www.cirquedusoleil.com/MichaelJackson

Aimed at lifelong fans as well as those experiencing Michael’s creative genius for the first time, the show captures the essence, soul and inspiration of the King of Pop, celebrating a legacy that continues to transcend generations. “His legend lives on,” wrote US Weekly.   The album, IMMORTAL, available on Epic Records, is the soundtrack for Michael Jackson THE IMMORTAL World Tour.

Michael Jackson is one of the most beloved entertainers and profoundly influential artists of all-time.  To date  Jackson has sold an estimated 1 billion records worldwide, released 13 No.1 singles and became one of a handful of artists to be inducted twice into the Rock and Roll Hall of Fame. The Guinness Book of World Records recognized Jackson as the Most Successful Entertainer of All Time and "Thriller" as the Biggest Selling Album of All Time. Jackson won 17 Grammy Awards including 8 in one year, a record in itself, and received 26 American Music Awards, including the Artist of the Century Award.   Jackson defined the art form of music video with such ground-breaking short films as "Billie Jean," "Beat It" and the classic "Thriller," which in 2009 became the first and only music video inducted into the National Film Registry of the Library of Congress. Jackson's sound, style and dance moves continue to inspire today’s performers and new generations of fans worldwide continue to discover his artistry.

At Grauman’s  Michael Jackson’s legacy will be enshrined alongside such entertainment  icons as Fred Astaire,  Elizabeth Taylor, Judy Garland, Marilyn Monroe, Sidney Poitier, Clark Gable, Mary Pickford and Douglas Fairbanks.  Michael Jackson’s Star on the Hollywood Walk of Fame is located on the sidewalk in front of the theatre.
The Grauman’s Chinese Theatre forecourt is one of the most photographed tourist sites in the world, annually attracting as many visitors as the Taj Mahal in India and the Prado Museum in Madrid. Grauman’s Chinese Theatre hands and footprints ceremony is rich in tradition and provides the four million plus people a year who visit the site an up close look at the hand and footprints of Hollywood’s most notable talents.   Movie exhibitor Sid Grauman, one of Hollywood’s most creative showmen, opened The Chinese in 1927 and launched the handprints-footprints ceremony a year later.  The event is one of the most selective in the world, and very few are chosen to be honored.

Follow the coverage at: Michael Jackson @michaeljackson and Twitter Music @twittermusic
Fans can go to findeventdetails.com/mjlegacy on January 19 for line up information.
- January 19, 2012 No comments: