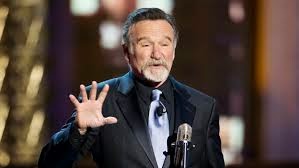 (CNN) -- Robin Williams -- who first made America laugh and eventually touched "every element of the human spirit" in a remarkable range of performances -- died at his Northern California home this past Monday.

Williams apparently took his own life, law enforcement officials said. He was 63.

"He has been battling severe depression of late," his media representative Mara Buxbaum told CNN. "This is a tragic and sudden loss. The family respectfully asks for their privacy as they grieve during this very difficult time."


Coroner investigators suspect "the death to be a suicide due to asphyxia," according to a statement from the Marin County, California, Sheriff's Office. 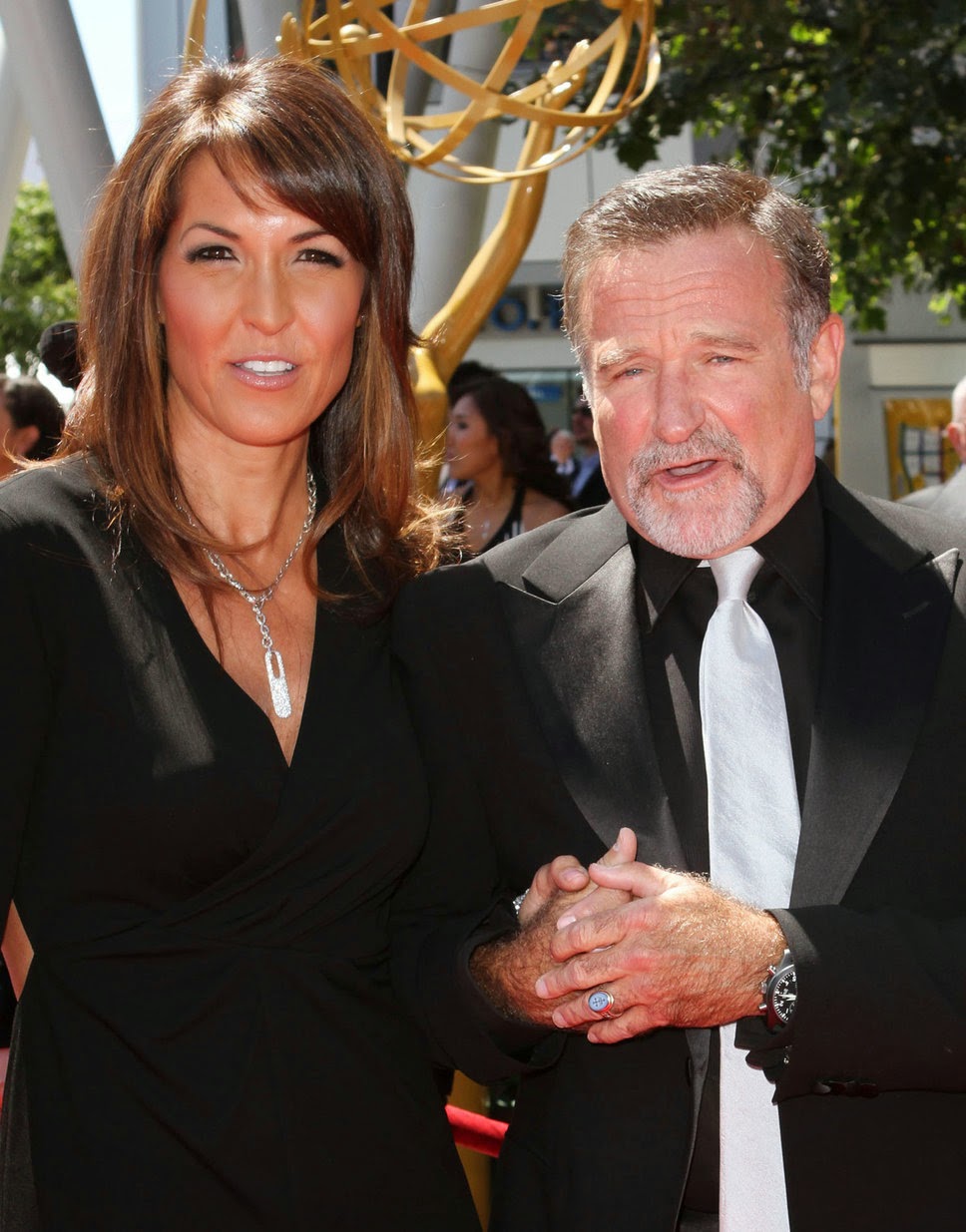 "This morning, I lost my husband and my best friend, while the world lost one of its most beloved artists and beautiful human beings. I am utterly heartbroken," Schneider said.
"On behalf of Robin's family, we are asking for privacy during our time of profound grief. As he is remembered, it is our hope the focus will not be on Robin's death, but on the countless moments of joy and laughter he gave to millions."

Word of Williams' death stunned the entertainment community and beyond Monday. Those who worked with him knew him to be a genius and the rarest of talents. After news of his shocking death spread, his friends and professional admirers expressed their love for the man Steve Martin called a "great talent, acting partner, genuine soul."

President Barack Obama's statement sent from the White House summed it up: 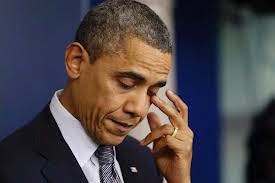 "Robin Williams was an airman, a doctor, a genie, a nanny, a president, a professor, a bangarang Peter Pan, and everything in between.  But he was one of a kind. He arrived in our lives as an alien -- but he ended up touching every element of the human spirit.  He made us laugh.  He made us cry.  He gave his immeasurable talent freely and generously to those who needed it most -- from our troops stationed abroad to the marginalized on our own streets."

Comedian Steve Martin tweeted, "I could not be more stunned by the loss of Robin Williams, mensch, great talent, acting partner, genuine soul."

Former CNN host Larry King said he would remember Williams as "a genuine caring guy.  Not just a funny man, but a guy who cared about people."

Marin County deputies responded to an emergency call from Williams' home in unincorporated Tiburon, California, at 11:55 a.m., reporting "a male adult had been located unconscious and not breathing," the release from the sheriff said.
Williams was pronounced dead at 12:02 p.m., it said. 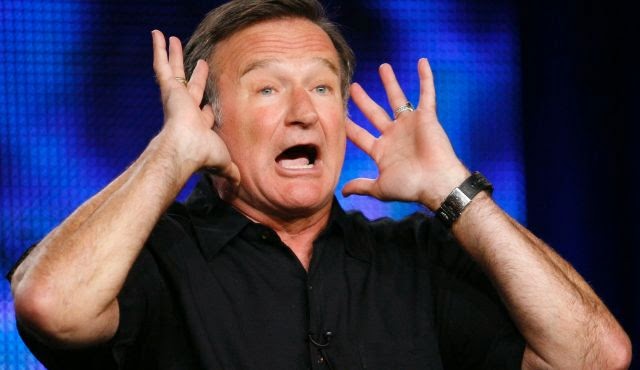 Williams was last seen alive at his home, where he lives with his wife, at about 10 p.m. Sunday, the sheriff's statement said.

"An investigation into the cause, manner and circumstances of the death is currently underway by the Investigations and Coroner Divisions of the Sheriff's Office," the sheriff's statement said.
"Coroner Division suspects the death to be a suicide due to asphyxia, but a comprehensive investigation must be completed before a final determination is made."

An autopsy is scheduled for this Tuesday, the sheriff said.

Williams made at least two trips to rehab for drug treatment, including a visit this summer, and he underwent heart surgery in 2009.

Williams, born in Chicago on July 21, 1951, studied theater at Juilliard School before taking his stand up act to nightclubs. He was cast as Mork, an alien visitor to Earth, for a 1978 episode of television's "Happy Days."

"Happy Days" star Henry Winkler said it was "unimaginable that this is the reality today, that this incredible human being, incredible, delicate, funny, dramatic human being is gone."


Rising to fame with his role as the alien Mork in the TV series Mork & Mindy (1978–82), Williams went on to establish a successful career in both stand-up comedy and feature film acting. 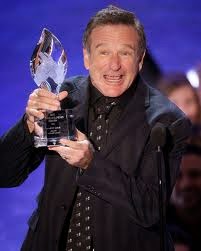 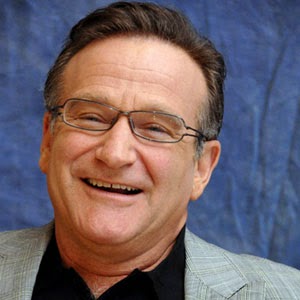 Robin Williams delighted fans with his off-the-wall, high-energy comedy that took unexpected turn after unexpected turn. He was a comedic inspiration for many performers, but he also was a brilliant dramatic actor on stage and on the big screen.

On behalf of our magazine EL NOTICOTO MAGAZINE we would like to extend our condolences to his family, friends and fans all over the world.

Rest in Peace Robin Williams we will miss you! 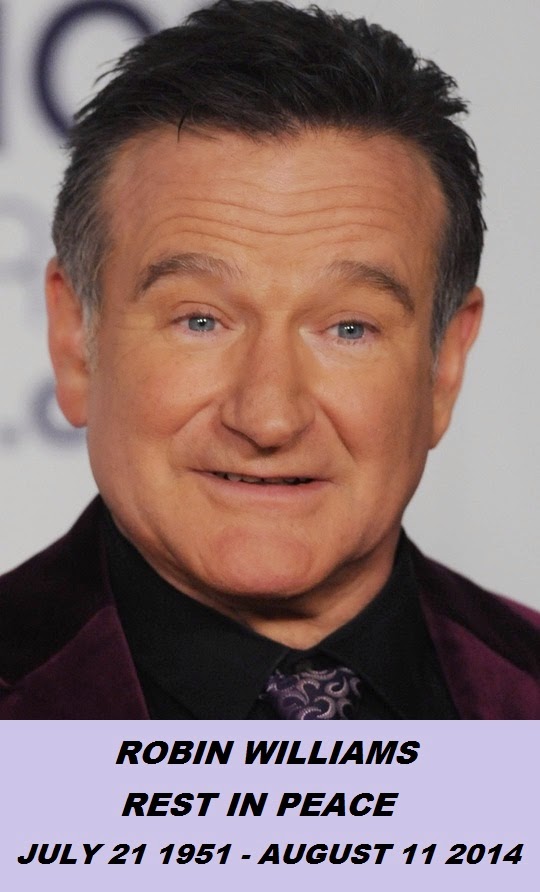 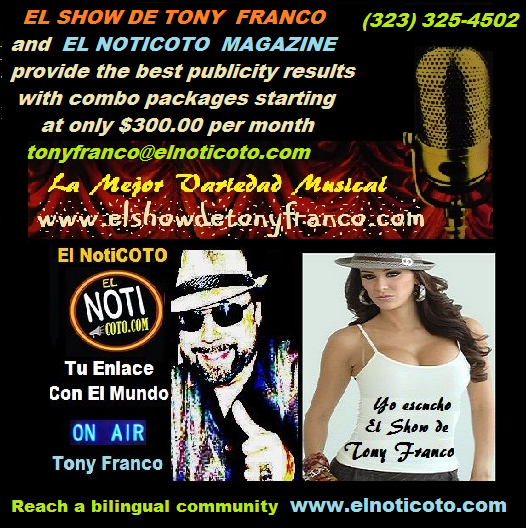