The high-stakes legal battle over Aereo, a startup that lets users stream or record live broadcast TV content, has reached the highest court in the land.

By Julianne Pepitone and Brian Stelter CNNMoneyTech
The Supreme Court said Friday that it would hear the major broadcasters' challenge to Aereo, which launched in 2012 to great controversy in the media industry.


At the heart of the controversy is Aereo's lack of authorization from broadcasters -- and whether the startup legally needs that approval. 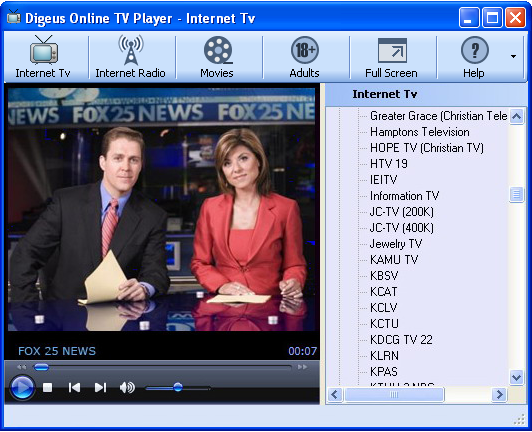 Aereo houses thousands of tiny antennas in its data centers, and it assigns each customer a unique antenna. Aereo argues that this method works like the perfectly legal antennas and DVRs that anyone can buy off the shelf.
But broadcasters say that this is an unfair dodge, and they have filed a series of lawsuits to stop Aereo in its tracks. They argue Aereo should have to pay them to retransmit their programming, just like cable and satellite providers do.
The networks originally filed their petition to the Supreme Court in October, asking the high court to hear the case. In December, Aereo said it would not fight that effort, and the company added it wanted the case "resolved on the merits."
Services like Aereo gravely undermine the business model for local broadcasters. If the Supreme Court finds Aereo to be operating legally, as most lower court rulings have so far, then big cable and satellite companies that currently pay hefty retransmission fees might stop paying and set up Aereo-like systems instead.
In fact, some distributors have already held talks with Aereo about possible partnerships.
"We look forward to having our day in court," said CBS (CBS, Fortune 500), one of the plaintiffs in the case. "We believe that Aereo's business model, and similar offerings that operate on the same principle, are built on stealing the creative content of others."
Aereo, in a statement of its own, sought to frame the case as one about consumer access to innovative technology: "We have every confidence that the Court will validate and preserve a consumer's right to access local over-the-air television with an individual antenna, make a personal recording with a DVR, and watch that recording on a device of their choice."
Aereo launched on Valentine's Day 2012. at a splashy press event in New York, helmed by Kanojia and one of his investors, former Fox network president and current IAC (IACI)chief Barry Diller.
Diller said the service "pries over-the-air broadcast television out of that closed system" of cable and satellite distribution. He hinted that Aereo could someday deliver a wide range of television shows -- not just local stations -- to subscribers via the Internet, rivaling cable companies like Comcast.
Shortly after Aereo launched in its first market, New York City, the owners of most of the country's major broadcasters --including ABC (DIS, Fortune 500), CBS, Fox, and NBC(CMCSA, Fortune 500) -- filed copyright infringement lawsuits.
The legal action continued as Aereo expanded to new cities like Boston. But courts have mostly sided with Aereo, leading to the broadcasters' appeal to the Supreme Court.
- January 11, 2014 No comments:

Caracas, Venezuela (CNN) -- In one of her last Twitter posts, Venezuelan beauty queen Monica Spear wished her fans peace, health and love.
The 29-year-old soap opera star was gunned down by the side of a country road less than a week later.
Spear and her ex-husband, Thomas Henry Berry, were driving in Venezuela's Carabobo state Monday night when their car broke down, officials said. Armed robbers opened fire, killing both of them.
Their 5-year-old daughter survived Monday's shooting, authorities said, but was shot in the leg.
"It is presumed that the motive was robbery," Venezuelan Justice Minister Miguel Rodriguez Torres said. "We are still investigating. There are five people detained who are being interrogated."
Spear was Miss Venezuela in 2004 and represented her country in the Miss Universe pageant the next year.

Her popularity opened the door to acting roles in soap operas that eventually made her an international star. She worked in Colombia and more recently in the United States, where she made her home in Miami.
She was vacationing in Venezuela with her family when she was killed. Hours before the shooting, she posted a video online showing scenic images of the countryside.
Spear, who studied theater at the University of Central Florida before winning the Miss Venezuela crown, appeared on the Telemundo soap operas "Flor Salvaje" (Savage Flower) and "Pasion Prohibida" (Forbidden Passion). 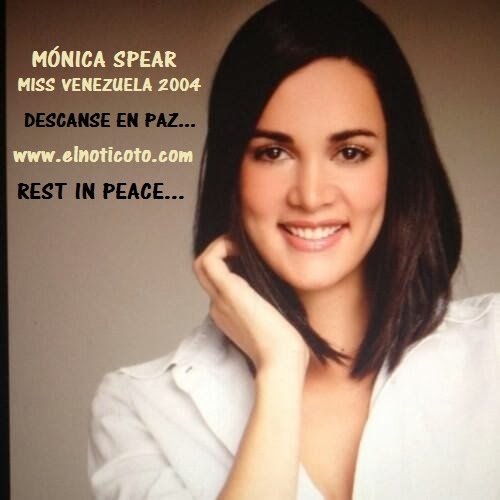 "We are deeply impacted and saddened by the horrible crime that the beloved actress Monica Spear and her family suffered," the network said in a statement. "Monica was not just a great professional, as she showed in the two soap operas that she worked on with us ... but also she was an excellent person, always enthusiastic and with great strength and determination."
Word of Spear's slaying spread quickly on social media and drew a massive response from fans in the South American nation and well beyond its borders.

Movie stars, fellow soap opera actors, athletes and government officials expressed sorrow and condemned the attack.
Venezuelan President Nicolas Maduro called the killing a massacre and said more needed to be done to put a stop to violence.
Venezuela is one of the world's most violent countries, according to a United Nations ranking.
One person is killed roughly every 21 minutes in Venezuela. And there were 24,700 violent deaths last year in the oil-rich country of roughly 30 million people, according to the nonprofit Venezuelan Violence Observatory.
"This happens every day in Venezuela. ... If the victim had not been this actress, the person would simply be one more statistic," said Luis Izquiel, a lawyer and criminologist in Caracas.
The observatory says the country's murder rate has soared to nearly 80 deaths per 100,000 people. Government statistics put the figure significantly lower, at 39 deaths per 100,000.

Richard Linares, Spear's Venezuela-based personal trainer, said the slaying shows how little life is valued in his country.
"Life does not matter," he told CNN en Español on Tuesday. "A life can be traded for some shoes."
"It devastates me that there is a 5-year-old girl who is asleep, and when she wakes up she will ask how her parents are, and she no longer has any parents," Linares said.
Venezuelan officials said they're committed to solving the problem.
A meeting of the country's governors to discuss crime-fighting strategies is scheduled for Wednesday.
"It is painful, not only the death of this beloved Venezuelan actress and the wound her daughter received, but also the death of any Venezuelan who falls in the hands of violence," Rodriguez said.
Authorities also said they had assigned two prosecutors to investigate Monday's slayings.

Spear's father told CNN affiliate Central Florida News 13 that he learned the devastating news about his daughter's death Tuesday morning while watching a Venezuelan television network in their Orlando, Florida, home.
"There's no words to describe our pain. This is something that never should have happened," Rafael Spear said.
After her successful stints in soap operas, he said, his daughter had planned to take her career toward roles in Hollywood movies and French films.
"She was a star," he said, "and she was the star of the family."
The beauty queen's daughter is in stable condition at a Caracas hospital, he said.

In an interview with The Huffington Post last year, Spear said she left Venezuela because of the country's security problems.
But Spear was eager to visit her home country over the holidays, close friend and CNN Latino anchor Maria Alejandra Requena said.
"She wanted to spend Christmas and New Year's in Venezuela," Requena said, "to travel around Venezuela, to let her little daughter know her country."