HAPPY VALENTINE´S DAY TO ALL OUR READERS AND FRIENDS 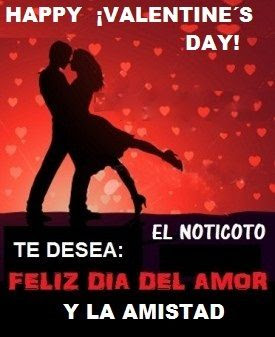 Many Fans of Whitney Houston gather outside the iconic Apollo Theater in New York City and share emotional memories about the singer who died yesterday at age 48, at the Beverly Hilton Hotel. Many others remembered Houston around the world.

Whitney Houston's last performance before her death took place on February 9, 2012, when Houston performed "Jesus Loves Me" with Kelly Price.

In a statement, Recording Academy President and CEO Neil Portnow said Houston "was one of the world's greatest pop singers of all time who leaves behind a robust musical soundtrack spanning the past three decades."

Tonight GRAMMY-winning singer Jennifer Hudson will do a tribute to Houston by singing her songs during the Grammys. It will be a special performance dedicated to sixth-time Grammy winner Whitney Houston

At her peak, Whitney Elizabeth Houston was the golden girl of the music industry. From the middle 1980s to the late 1990s, she was one of the world's best-selling artists. She wowed audiences with effortless, powerful, and peerless vocals that were rooted in the black church but made palatable to the masses with a pop sheen.

Her success carried her beyond music to movies, where she starred in hits like "The Bodyguard" and "Waiting to Exhale." 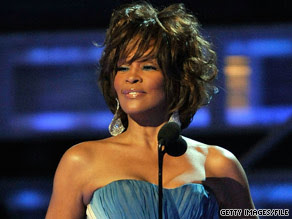 She had the perfect voice and the perfect image: a gorgeous singer who had sex appeal but was never overtly sexual, who maintained perfect poise.
She influenced a generation of younger singers, from Christina Aguilera to Mariah Carey, who when she first came out sounded so much like Houston that many thought it was Houston.

But by the end of her career, Houston became a stunning cautionary tale of the toll of drug use. Her album sales plummeted and the hits stopped coming; her once serene image was shattered by a wild demeanor and bizarre public appearances. She confessed to abusing cocaine, marijuana and pills, and her once pristine voice became raspy and hoarse, unable to hit the high notes as she had during her prime.

"The biggest devil is me. I'm either my best friend or my worst enemy," Houston told ABC's Diane Sawyer in an infamous 2002 interview with then-husband Brown by her side.
It was a tragic fall for a superstar who was one of the top-selling artists in pop music history, with more than 55 million records sold in the United States alone.


A day after Whitney Houston passed away, her albums, includingGreatest Hits and The Bodyguard and Waiting to Exhale soundtracks shot to the top of the music charts.
Whitney's Greatest Hits topped Amazon's MP3 sales charts and eight of her albums were listed on the top 100 album sales chart on iTunes.Greatest Hits took the #1 spot, of course.
There's no denying that Whitney was an international superstar who was an absolute legend. During her career, she sold more than 170 million albums and singles worldwide, won 6 Grammys, 2 Emmys, 30 Billboard Music Awards and 22 AMAs.
Her music will always live on…

Compiled from CBS News and Grammy.com