Since Thursday August 23 until Sunday August 26 the essence of Guatemalan cuisine, art and culture will take over Los Angeles.

Aug. 22, 2012 — ICE arrests 28 during operation targeting criminal aliens, immigration fugitives in northeastern Wisconsin
During a five-day operation, 28 convicted criminal aliens, immigration fugitives and immigration violators were arrested. Of the 28 arrested, 26 had prior convictions for crimes, including sexual assault of a minor, theft, cocaine possession, criminal trespass and drunk driving. This operation was conducted by ICE's Enforcement and Removal Operations (ERO) teams in Milwaukee. Full Story

Aug. 21, 2012 — ICE investigating Washington man who posed as immigration officer
Federal authorities are asking individuals who may have been deceived, threatened or harmed by Jose "Panama" Antonio Haughton, 36, who posed as an ICE ERO officer, to come forward and aid the investigation. Full Story
Aug. 20, 2012 — First New England town becomes partner in ICE's IMAGE program
With more than 1,500 employees, the Town of Milford is the first municipality in New England to partner with ICE's employment compliance program, IMAGE, or "ICE Mutual Agreement between Government and Employers." Full Story
- August 24, 2012 No comments: 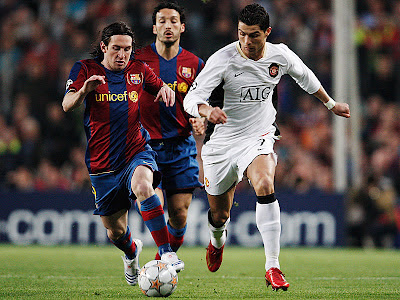 Barça clashes with Real Madrid at Camp Nou stadium today Thursday  in the first "El Clasico" in the first game of the two match Supercopa de España 2012. The second game will be played next Wednesday, August 29.

The 2012 Super Cup is a repeat performance of last years Super Cup between Real Madrid and Barça, which FC Barcelona won. The 2011 was also the year that FCB won the Supercup title for the first time against Real Madrid, so Barça will be looking for repeat performance. The difference this year is that the two teams switched qualifying titles this time, because Real won the league and Barça won the Copa del Rey to qualify for the Spanish Super Cup. Barça welcomes new defender Alex Song to team tonight when he plays his first game for FCB.The Spanish Supercup is in August every year and decides who are the supercampeones de España.  When Barca plays in the SuperCup, it's a great opportunity to see all the new signings of FC Barcelona in action.

The Spanish Supercup is a two-game encounter between the winners of the previous seasons Spanish La Liga (Real Madrid in 2011/12) and the Copa del Rey, (FCB in 2012). Barca have previously won the Supercopa 10 times (which is the record) and Real Madrid have claimed the title 8 times before.
- August 23, 2012 No comments: 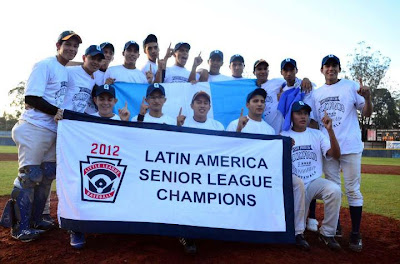 Juvenil de Guatemala Little League from Guatemala City, Guatemala, completed its impressive run through the 52nd Senior League Baseball World Series in Bangor, Maine, on Saturday, defeating Lemon Grove (Calif.) Little League, 6-3, to win its first championship. The Latin America Champions outscored its opponents, 39-8, to finish 5-0 in the World Series.
Lemon Grove Little League, the West Region Champions, entered the championship game with a 5-0 record, but couldn’t get past Alejandro Amezquita, who threw five innings, giving up two earned runs and three hits en route to the victory. He finished the Series 2-0 with a 1.80 ERA.
Juvenil de Guatemala Little League scored three runs each in both the third and sixth innings, with the final three runs coming home on a passed ball and two bases loaded walks.


Last out in the victory over Lemon Grove, California Little League Champions 6-3