JEOA  PRODUCTIONS is proud to announce the theatrical release of it’s flagship title:
FILTH TO ASHES FLESH TO DUST, which will be released by horror masters BRAIN DAMAGE FILMS through their theatrical  arm NOCTURNAL FEATURES/MIDNIGHT RELEASING  for a limited theatrical release,  2011. 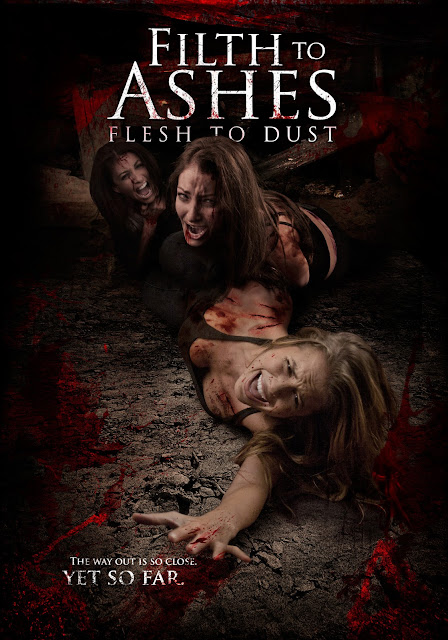 Filth To Ashes Flesh To Dust: Everyone has a weakness. The Schizophrenic serial killer known as Purge made it his mission to eliminate the weak and build a perfect society. But news of his demise has been exaggerated, as a group of college bound friends on one last adventure, quickly discover. Each of their weaknesses exposed, only the strongest will survive.

There will be a Red Carpet Premiere of Filth to Ashes this coming Monday starting time 7 p.m. at:


People attending will be able to see the film right after the Red Carpet Ceremony.
Thanks to the efforts of JEOA PRODUCTIONS admission is FREE!
And of course like every good Red Carpet event,  there will be an after party in Hollywood...


Would you like to go? Then...look for the mysterious man wearing a black hat with white stripes and dark glasses...
His black T-Shirt has this logo on: 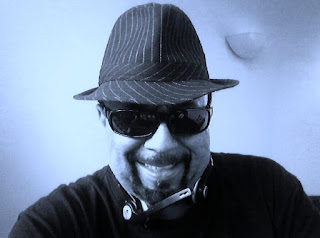 Just make sure you don´t look weak, ask him for the address to the after party in Hollywood with a strong tone of voice because he might be looking to invite only those who fit in a perfect society....

Filth To Ashes was filmed in 2010, and quickly acquired by Darin Ramage, President of Brain Damage films. Ramage was impressed with the independent horror  film’s quality, he added the much sought after theatrical run.

WHAT´S THIS MOVIE  ALL ABOUT?

Our Beauty of The Month Miss NotiCOTO September 2011 Nitzia Chama

Every month El NotiCoto Magazine also elects its "Belleza del Mes" or Our Beauty of the Month, from many beautiful señoritas.  We are honor to announce that   NITZIA ANAHÍ CHAMA is our selection for MISS NOTICOTO HISPANIC HERITAGE MONTH 2011.


Nitzia was born on August 30, 1988 in the city of Xalapa, Veracruz, Mexico, and this particular month of September, when her country and many Mexican residents around the world  celebrate Independence from Spain, she was also  elected  Miss. Fiestas Patrias 2011-2012 by the Mexican Civic Patriotic Committee of Los Angeles, CA,  USA. She was the Queen of the Parade in East Los Angeles last September 10, 2011.
Her mother Alba E. Villa is from Sinaloa, and her father, Mario A. Chama Diaz is from Veracruz, both extremely proud of the achievements of their beautiful daughter Nitzia.  The family of 5 members is completed by  Ramses Chama     the oldest brother, and  Mara 16.

Beyonce Seems To Be The Happiest Woman On Earth!
It's no secret that Beyonce is glowing these days. She's expecting her first child with her husband, Jay-Z, and the singer is just over the moon about it.
"I'm very excited!" Beyonce told E! News while promoting her hew fragrance, Pulse. "I'm probably the happiest I've ever been."
"It is the most incredible gift anyone can have and I'm so happy I'm a woman," she added. "Men, I feel bad, they don't get to experience this. It's incredible." Read more here...