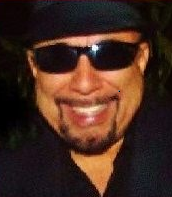 The winner of the Golden Globe for Best Director was no other than Ben Affleck, who was not nominated by the Academy for  an Oscar in that  category, even though Argo, the film he directed,  received very good reviews and was nominated for an Oscar for Best Movie.

But, who needs the Oscar anyway, Affleck does not have to prove his talent as a director after picking up within 3 days, a Critics´ Choice Award and a Golden Globe for Best Director.

Argo, the movie about the escape of six american hostages during the Iranian Revolution in 1979 was also a winner, receiving a Golden Globe for Best Drama.

Anne Hathaway,  was the winner of Best Performance by a Supporting Actress in a Motion Picture - Musical or Comedy for "Les Misérables".