LOS ANGELES, CA– On December 1, 2011, Bienestar Human Services (BIENESTAR) will host its annual World AIDS Day celebration, “Unidos En Esperanza” (United in Hope).  The celebration consists of an ecumenical service in which we remember and honor the people who have died from AIDS.

Since the beginning of the epidemic, an estimated 617,025 people with AIDS have died in the U.S.  This event is also an opportunity to raise awareness of the AIDS pandemic and fight against the stigma and discrimination related to this disease. The 2011 World AIDS day theme is “Getting to Zero: 0 new HIV infections, 0 Stigma, 0 HIV related diseases.”

Hundreds of people attend this event each year which both honors those that have passed as well as focuses on demonstrating support for those currently infected or affected by HIV.  It is also an opportunity to raise awareness on the issue and the need for public support and programming around HIV/AIDS education and prevention.

BIENESTAR has been committed to providing vital health services to southern California’s most underserved populations since its founding. This is a critical endeavor considering the World Health Organization’s assertion that most people living with HIV or at risk for HIV do not have access to prevention, care, and treatment. In the United States more than 17,000 people with AIDS die each year, Additionally, BIENESTAR concentrates its work on Latinos who have been disproportionately affected by HIV: Latino men are infected at a rate that is double that of white men, Latino women are infected at a rate four times that of white women, and in Los Angeles County, Latino gay men and transgender Latinas have the highest positivity rate of HIV infection.

WHAT:
Unidos en Esperanza, United in Hope – an evening program in honor of World AIDS Day
WHO:
Oscar De La O
BIENESTAR President and CEO
Persons living with HIV/AIDS to give personal testimonies
Family members of persons who have died of AIDS
WHERE:
Church of Our Lady the Queen of the Angels (Placita Olvera)
535 N. Main Street
Los Angeles, CA 90012
WHEN:
World AIDS Day
Thursday, December 1, 2011
6:30 PM 9:30 PM

Por Tony Franco
Nancy Rey is the youngest of a family of musicians and was born in Guadalajara, México. Her family moved to the mexican state of Colima when she was 8 years old, where later on  she attended the University of Colima and at the same time took singing lessons. This beautiful and talented artist  now resides in Bakersfield, CA.

Nancy was the official voice of different poltical campaigns and events  representing  the state of Colima and later on became the Tourism Director.

She became well known when she was invited to Spanish  Television Premier Programs like DESPIERTA AMERICA, ESCÁNDALO TV  and PRIMER IMPACTO along many others.

In the same year  2008,  she was given en opportunity by Jesse Portillo to accomplish one of her dreams, become a Radio On-Air  Personality! 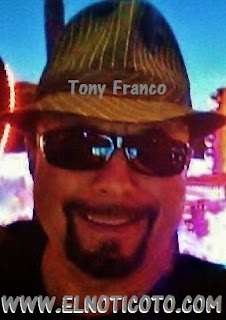 By Tony Franco
The Kansas City Chiefs were 3 points ahead going into the second quarter of Monday Night Football, but New England reacted after a shaky start by their quarterback Tom Brady,  who managed only 19 yards in the first quarter, and took advantage of three interceptions in the game by the inexperienced Kansas City quarterback Tyler Palko, who had his first career start in the NFL last night replacing the injured Matt Cassel.

At the end of the first half, the Chiefs managed to stay close within 7 points, witnessing an interception by Arrington of the Patriots who leads the NFL with seven total, and a 21-yard field goal by Stephen Gostkowski who made it 10-3 in favor of New England.

After enjoying a great cheeseburger and curly fries at half-time at HOOTERS, I started watching along with many other happy customers, who like me, enjoyed the excellent customer service at this great restaurant in Covina, how New England started dominating the game driving 85 yards on nine plays, which ended on a 19-yard pass by Brady to Gronkowski, making it 17-3. By the way, Gronkowski has surpassed Mike Ditka´s mark of more touchdowns in fewest games for a tight end, he now has 20 touchdowns total in only 26 games, Mike needed 31 games to reach that many.  Gronkowski also pulled within three of the single-season, tight-end record of 13 touchdown receptions held by Antonio Gates of San Diego and Vernon Davis of San Francisco.

Edelman was next on increasing New England’s margin by getting his second punt-return touchdown of his career, as the Patriots made it 24-3, scoring more points in the first few minutes of the third quarter (14), than in the first two together (10)!
On the next Chiefs´ possession, Arrington intercepted again! Leading to a 19-yard field goal by Stephen Gostkowski.

On the other end, I think the closest that Palko came to drive his team to a touchdown was in the first minutes of the last quarter, but unfortunately, he suffered yet another interception! This time, Phillip Adams was the one who caught the ball in the end zone.
After that play, the story of the game was almost written, except for the ending note which would be added later on by rookie Shane Vereen, scoring his first NFL touchdown with one minute left in the game, on a 4-yard run.

At the end of the game, Kansas City quarterback Palko had completed more yards than his rival Brady from New England, but he also had suffered three interceptions, that was the big difference! Brady completed 15 of 27 passes for 234 yards with no interceptions, Palko finished with 25 completions of 38, with 236 yards.

On their last game, the Patriots had also dominated the New York Jets 36-14, for the Chiefs this was their third consecutive loss.
New England is now 7-3 leading the AFC East by two games, and Kansas City has a record of 4-6. 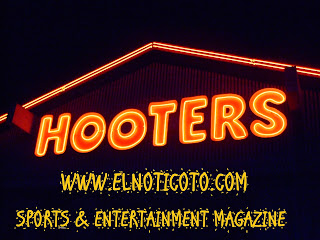 I want to thank Vanessa and Selena at Hooters for the VIP treatment last night; Thanks also to Chantelle and all the wonderful people that work every day at this wonderful restaurant-bar in the city of Covina, including their manager Kyle for such number one customer service. Keep up the good work!
I hope to see you all there next time! 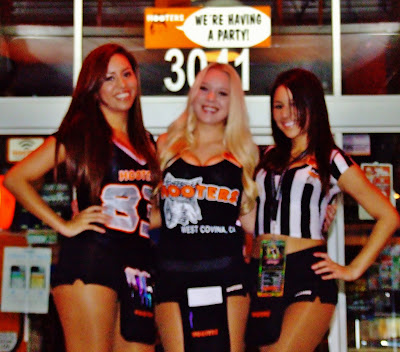 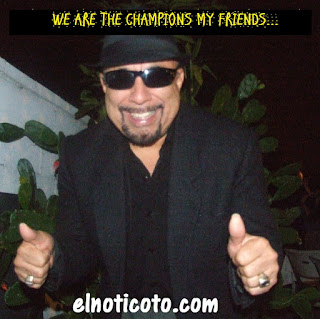 Last night at the Home Depot Center  Los Angeles Galaxy defeated Houston 1-0 with a goal by Landon Donovan, who received an excelent pass by Robbie Keane to score the only goal of the match with only 18 minutes left on the match.


This is the 3rd championship for Bruce Arena and his team after 6 long years trying to get the MLS CUP.