Dia de los Muertos is anything but dead, and it's increasingly coming to life in Southern California in old and new ways.

With Mexico's traditional Day of the Dead approaching, the number and kinds of events are growing in the Southland. Concert promoters, art galleries featuring Mexican folk art and merchants — big and small — are taking advantage of these celebrations and in some cases extending the merchandising of Halloween.

Once observed quietly in Latino communities, U.S. festivities are becoming more mainstream and, typically, louder and more visible than in years past. Corporations are getting more involved as sponsors and participants. Theme parks are adding Latino touches to their Halloween attractions. Party stores have amped up their offerings. And bakeries are already cooking up special treats.

Another major celebration takes place Friday Nov. 2nd in Boyle Heights, sponsored by the Boyle Heights art center Self Help Graphics & Art with co-sponsors such as Walt Disney Co. and Sony Pictures Entertainment. It's one of the longest-running Day of the Dead celebrations in the nation, and for years it has also featured an elaborate procession, this year starting in Mariachi Plaza. The art center also has displays with life-size papier-mache skeletons.

Before the Los Angeles event started in the early 1970s it was mostly celebrated at local homes, but Mexican American artists saw the holiday as an opportunity to explore their identity, Self Help Graphics Executive Director Evonne Gallardo said.

FROM HOLLYWOOD THIS WEEK MOVIE RELEASES

By Mary Alize Entertainment Reporter
Hello friends hope all your great plans for this weekend come through. For all my movie lovers I want to share this upcoming weeks movie releases.

If your looking for something in the dramatic category "Cloud Atlas" is your pick for this week.

This film, with actors Tom Hanks, Halle Barry, Hugo Weaving and Susan Sarandon is a movie that gives you a piece of drama ,Romanticism , action as well as mystery . This movie entails the live of an individual who once was a killer and became a hero.  The movie revolves on how his actions and a sign of kindness, will define the life of others in a positive way as well as negative way.
It is somehow a movie to analyze your own personal aspects in life, as well as your actions.
This movie was Directed by Lana Wachowski and brothers Andy and Tom Tykwer

"Silent Hill": Revelation (Rated R) Starring Adelaide Clemens, Kit Harrington, Radha Mitchell among others is a horror / thriller movie that will have you glued to your seat. Heather who is played by actress Adelaide Clemens, has been on the run from city to city due to some horrific events in her life . When Heather turns 18, she begins living a series of nightmares as well as her father disappearing without a logical explanation. In a short matter of time she realizes that she is a complete different person than who she believed to be and thinking that she is possessed by some demonic creature. This movie is under the direction of Michael J. Bassett and in theatres this Friday, October 26 , 2012 .

"The Loneliest Planet" is another movie that I found to be very catchy specially because it has one of my favorites actors Gael Garcia Bernal, along with Hani Furstenberg, and Bidzina Gujabidze.

Set against the breathtaking backdrop of Georgia's Caucasus Mountains, the multi award-winning new drama from rising talent Julia Loktev (Day Night Day Night) tells the story of a young couple on the journey of a lifetime, and an incident that irrevocably transforms their relationship.

Alex (Gael García Bernal, The Motorcycle Diaries) and Nica (Hani Furstenberg), a few months away from their wedding, are backpacking through Eastern Europe. Habitual and adventurous travellers, they get by with friendly smiles and a smattering of the local languages. Upon arriving in Georgia, the pair hires a guide to lead them on a camping trek, and the three set off into the lush wilderness. Walking for hours, they trade anecdotes and play word games to pass the time, or simply allow the vast surroundings to envelop them, until a split-second decision triggers a series of events that threatens everything the couple believes about themselves, and each other...

Exploring the relationship between travelers and the landscapes they navigate, between the guide and guided, THE LONELIEST PLANET is a powerfully evocative and thought-provoking allegory of love, betrayal and the ambiguities of forgiveness

Hope you guys enjoy the article and catch one of these movies . Don't forget to visit our page and enjoy your favorite music, sports, and of course all your celebrity news the place is www.elnoticoto.com  in both our Spanish or English version. 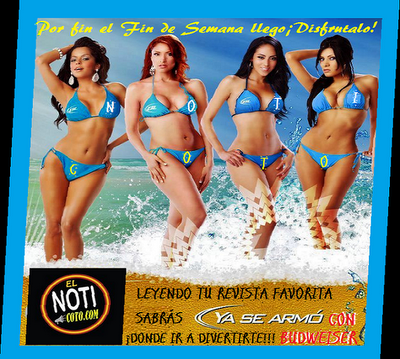