By Mary Alize Velazquez
It’s that time again to enjoy your favorite movie in theatres this week, the best from Hollywood brought to you buy El Noticoto.com enjoy my friends.
IRON MAN 3 (PG 13):
To all the trilogy lovers this movie is perfect for you, especially if you have followed the first two parts. Directed by Shane Black and with the participation of actors Robert Downey Jr, Gwyneth Paltrow, Guy Pearce, Rebecca Hall, and many others this movie is set to be one of the most popular ones in theatres. Tony Stark must fight against the inner demons which have invaded his life as well as fighting with the demons that he has created himself. Tony must balance his mental health and his love life in order to contain himself in a healthy state of mind. To his surprise his tranquility and sanity are only momentarily, since he is now forced to face a terrorist who has threatened to bring America to its knees and destroy everything in his way. Tony Stark will take us into a breathtaking adventur…
Post a Comment
Read more

HAVE YOU EVER MADE THE TIME TO STOP AND PERCEIVE BEAUTY? 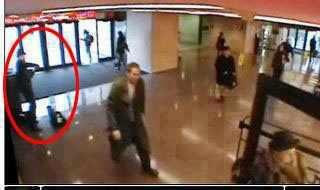 "A man sat at a metro station in Washington DC and started to play the violin; it was a cold January morning. He played six Bach pieces for about 45 minutes. During that time, since it was rush hour, it was calculated that 1,100 people went through the station, most of them on their way to work.


Three minutes went by, and a middle aged man noticed there was musician playing. He slowed his pace, and stopped for a few seconds, and then hurried up to meet his schedule.

A minute later, the violinist received his first dollar tip: a woman threw the money in the till and without stopping, and continued to walk.

A few minutes later, someone leaned against the wall to listen to him, but the man looked at his watch and started to walk again. Clearly he was late for work.

The one who paid the most attention was a 3 year old boy. His mother tagged him along, hurried, but the kid stopped to look at the violinist. Finally, the mother pushed hard, and the child continued to walk, turning his …
Post a Comment
Read more
More posts