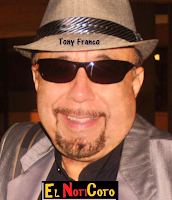 By Tony Franco
Cameron Douglas the troubled 33-year-old member of the famous Hollywood family was sentenced to four-and-a-half more years in prison on Wednesday for drug possession while in prison.

Born in Santa Barbara, California, the elder son of actor Michael Douglas and only child of Diandra Morrell Douglas (whom he divorced in 2000) and grandson of actor Kirk Douglas, got the sentence on top of the five years he is already serving.

Cameron, once an aspiring actor, whose public addiction with methamphetamine, heroin and cocaine sent him previously to jail in 1999 and 2007, received the additional jail time, after his father Michael, wife Catherine Zeta-Jones and grandfather Kirk Douglas had sent in letters, requesting leniency, during his original sentencing.

Cameron sent in a letter himself to Judge Richard Berman in New York, in which he wrote were that he felt saturated in his own shame and penitence and that his drug addiction had "robbed him of a life that should of and could have been rife in promise."

According to the New York Post, the judge had expressed that Cameron had "blown the biggest opportunity of his life." 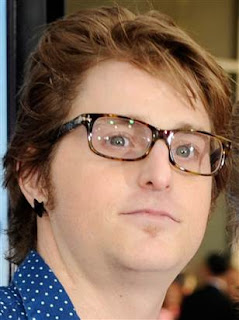 Douglas has been arrested for drug offences at least three times. In 1999 he was found with cocaine in Manhattan and was arrested and charged with a misdemeanor possession of a controlled substance. The charge was dropped after he pleaded guilty to the lesser charge of disorderly conduct.
In 2007 he was charged with felony possession of a controlled substance after police officers found a syringe with liquid cocaine in a car he was in.
On July 28, 2009, Douglas was arrested by the Drug Enforcement Administration for possession of 0.5 pounds (0.23 kg) of methamphetamine. Due to the large amount of the drug seized, Douglas was charged with intent to distribute. The charge carries a minimum prison sentence of 10 years and a maximum of life.
On January 27, 2010, Douglas pleaded guilty to both conspiracy to distribute drugs and to heroin possession after his girlfriend had smuggled heroin hidden inside an electric toothbrush and passed it on to him while he was under house arrest.
On April 20, 2010, Douglas was sentenced to five years in prison for possessing heroin and dealing large amounts of methamphetamine and cocaine out of a New York hotel room. His father, Michael, publicly assumed blame for "being a bad father" but said that without prison intervention, Cameron "was going to be dead or somebody was gonna kill him. I think he has a chance to start a new life, and he knows that."
Just 3 months ago, in October 2011 Douglas pleaded guilty to possessing drugs in prison, and yesterday, he was sentenced to an additional 4 and 1/2 years in prison for this guilty charge.
He has appeared in four films: Jackie Chan's Mr. Nice Guy (1997), It Runs in the Family (2003), National Lampoon's Adam & Eve (2005) and Loaded (2008). In It Runs in the Family, he appeared together with his father Michael Douglas, grandfather Kirk Douglas and grandmother Diana Dill.
Another story of how bad drugs can ruin your life...¡Think twice before getting involved!

The Forty-Niners winners of 5 Super Bowls, played the Steelers who have 6 Championship Titles and this time, The 49ers top-ranked defense once again, did an excellent job to beat ailing quarterback Ben Roethlisberger and the Pittsburgh Steelers 20-3 in Monday Night Football.

Vernon Davis caught a 1-yard touchdown pass for the 49ers (11-3) one play after setting himself up with a 21-yard reception from Alex Smith, Frank Gore scored on a 5-yard run, and David Akers kicked 2 field goals (22 and 38 yards) to overtake Hall of Famer Jerry Rice for San Francisco's single-season scoring record.

The Steelers (10-4) missed an important opportunity to take possession of first place in the AFC North and gain the AFC's No. 1 playoff seed.

A transformer outside the stadium blew out right before the game and the lights were out twice! The first time the game was delayed for about 20 minutes, and the second time, a 10-minute interruption stopped the game during the second quarter.

It was the last home game of the season for the 49ers, but there will be a playoff game for sure in January at Candlestick Park, by then, we hope that things will be taken care to avoid another incident like this that made around 70,000 fans nervous in the dark.

Last time these 2 teams met, Pittsburgh beat San Francisco 37-11. The game tonight was played at Candlestick Park in San Francisco and this time the 49ers were on top 20-3, they are now 11-3, the best start record since 2003.

Roethlisberger ended the game with 330 yards, 3 interceptions, and 25 out of 44 passes completed.