Southern California will make the world tremble with a triple dose of emotion next Saturday July 14th when Ovëishon presents three World Boxing Championships sanctioned by the WBC at the Citizens Business Bank Arena in Ontario, CA, which will be broadcast live through the hot and prominent Televisa series "Sábados de Corona". 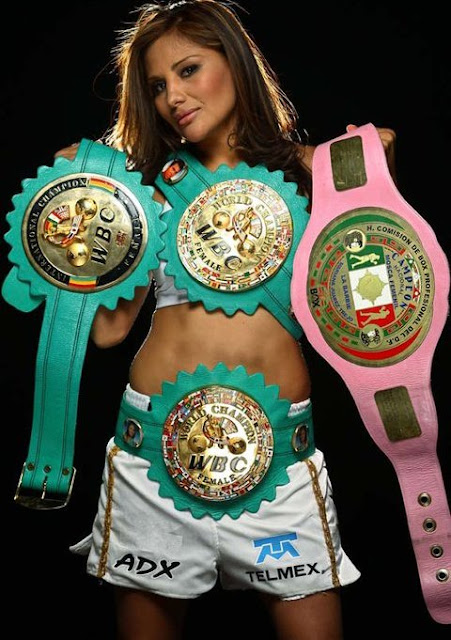 The Mexican beauty considered the best boxer in the planet: Mariana "Barbie" Juarez will defend her Flyweight title for the thirteenth time against the undisputed champion of the Asia Pacific Region, the Japanese Shindo Go, in the main event of the evening, scheduled to ten rounds.

"It will be an honor to see my people, to share with the Mexican community the defense of my title against a fierce Japanese fighter which will reassure my reign in the category" declared Mariana when confirmed that she would defend her title.

Another great reason for “Barbie” is that this prime function will promote family integration in the framework of the program against domestic violence and will benefit migrant women through the "Mundo Maya Foundation".

In an evening that promises to be amazing, the beautiful and powerful New Yorker, Maureen Shea "The Real Million Dollar Baby" will also defend her Feather World title against a surprise fighter that will cause a commotion in the arena.

The third world title that will be disputed that evening will be the youth Super Bantamweight held by the unbeaten  Horacio "Violento" García, who will surely display all his energy and power against the native to Arizona, Alexis Santiago.

In yet another riveting encounter, Carlos Zarate Jr. the most stunning young boxer today and he who has earned the nickname of "The Heir of Glory" will demonstrate against a rival to be announced, the maturity, precision and power grip that should very soon have him contending for a World Title.

As if this wasn´t enough, two potent and spectacular Bantamweight boxers, Lupita Gutierrez and Cassie Trost, will endure a battle that will guarantee a night filled with excitement. 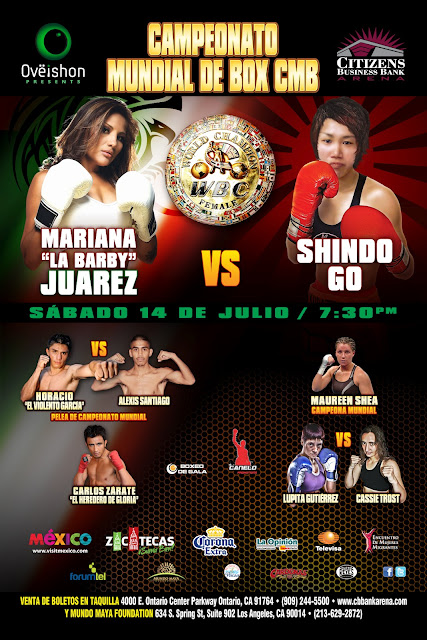