MALDEF POSITIONS ON CALIFORNIA BALLOT PROPOSITIONS
This November, we face a critical election, in which high levels of participation by Latino voters everywhere can send a powerful message about the importance of the Latino community and its policy views. While the hard-fought presidential election has received most of the media and public attention, the importance of the 2012 General Election also lies in critical congressional and legislative races, as well as in important policy measures on the ballot in many states. Today, MALDEF releases its recommended positions on the statewide ballot propositions in the California general election. With eleven measures on the ballot, significant issues of policy in many different areas will be determined by California voters in a few weeks. MALDEF makes recommendations with respect to nine of those measures. I hope that the position endorsements and brief explanations set forth below help you in deciding how to vote on these measures. But, however you decide, what is most important is that every eligible voter take the time to decide and VOTE. Thank you.

Proposition 30 provides necessary revenues to support California’s public schools, universities, and other vital public services. Without these revenues, California’s public schools and universities would have to make further dramatic and significant cuts, imperiling the right to equal educational opportunity.
California Proposition 31: NO
This initiative would establish a two-year budget cycle for the State of California, permit the Governor to cut the budget unilaterally during declared fiscal emergencies, grant greater authority to local governments, and prohibit the legislature from creating expenditures of more than $25 million without offsetting revenues or cuts.

While there are some wise changes in Proposition 31, it would also contribute to legislative gridlock by giving even greater power to the small minority of legislators who refuse under any circumstances to increase revenues, even when vital state services are at stake.
California Proposition 32: NO
This initiative would prohibit unions from using payroll-deducted funds to influence the political process in favor of workers' rights.

The incredibly misleading Proposition 32 would dramatically increase the ability of corporations to influence elections by continuing to permit them to spend money, without shareholder approval, for political purposes, while barring unions from spending money for political purposes without obtaining individual members' approval.
California Proposition 33: NO
This initiative would allow insurance companies to adjust auto insurance prices based on a driver’s history of continuous insurance coverage.

Proposition 33 would lead to increased insurance rates for those least able to afford it, including a disproportionate percentage of immigrants, low-wage workers, and Latinos. This could in turn result in increased numbers of uninsured drivers in California.
California Proposition 34: YES
This initiative would repeal the death penalty, and replace it with life imprisonment without possibility of parole.

The death penalty, used unevenly as punishment for murder, has proven costly, discriminatory, and rife with potential for error. Proposition 34 would save hundreds of millions of dollars per year that could be used for other important pubic services, while imposing life imprisonment without possibility of parole, a suitable replacement for the death sentence.
California Proposition 36: YES
This initiative would modify the “three strikes law” to impose a life sentence only if the third-strike crime is serious or violent.

Proposition 36 would save money currently expended on imprisoning those whose most recent crime is not serious or violent, and would fix one of the main flaws in the well-intended “three strikes” mandatory sentencing law. Money saved by this initiative could be used for other critical public services.
California Proposition 38: YES
This initiative would temporarily increase income taxes, in a graduated manner imposing greater increases on those with the highest income, to fund education and early childhood programs, and to repay the state debt.

Proposition 38 would increase revenues to provide relief to public schools that have already been the subject of unprecedented cuts, with a significant impact on equal educational opportunity in California. These revenues are needed to ensure that California schools can provide the greatest opportunity to succeed to every child.
California Proposition 39: YES
This initiative would impose one formula for multi-state businesses to determine their California income tax.

Proposition 39 would increase needed revenues by ending the current policy that allows businesses to choose the formula that would be most advantageous to them in calculating what they owe to California. The added revenue would improve California services to residents.
California Proposition 40: YES
This referendum would approve the State Senate district map adopted by the Citizens Redistricting Commission (CRC) in 2011.

Proposition 40 would approve the existing map, rather than requiring yet another process of redrawing the State Senate map. While the State Senate map adopted by the CRC has certain flaws, the better forum to resolve such flaws is the federal court, which has jurisdiction to enforce the Voting Rights Act.
Founded in 1968, MALDEF is the nation's leading Latino legal civil rights organization. Often described as the "law firm of the Latino community," MALDEF promotes social change through advocacy, communications, community education, and litigation in the areas of education, employment, immigrant rights, and political access. For more information on MALDEF, please visit: www.maldef.org. 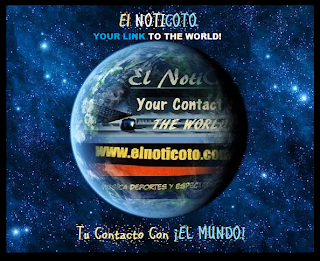