AT THE MOVIES NEW RELEASES 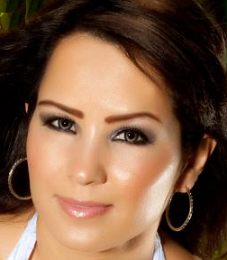 Hello all my movie lovers it’s that time again to bring you guys the newest releases in the world of Hollywood . Hope you all enjoy these new movies scheduled for November 16, 2012 in your nearest theatre.

“THE TWILIGHT SAGA: BREAKING DAWN"
To all you vampire movie lovers I am sure you guys have been anxiously waiting to enjoy one of your favorite series “The Twilight Saga: Breaking Dawn”. This movie is sure going to be a sold out, I’m also sure that team Edward and Jacob are prepared to be delighted with this new movie.  Actually as I was writing this note, people were camping outside some theaters to be the first ones to watch this movie release.

The conclusion to these vampire series will leave you breathless and tied to your seat. With actors Kristen Stewart, Robert Pattison, Ashley Greene and many more, you will be sure to find this movie to meet your expectations.

Directed by Bill Condon who guarantees you that this epic romantic series will captivate your hearts forever. So make sure you vampire lovers get ready for this grand release Friday November 16, 2012.

“RISE OF THE GUARDIANS"
A family movie for all ages that will be released November 21, 2012. This is an epic and magical, adventurous movie perfect for the holidays. A movie that tells the most famous of tales all in one which will make you relive your very own childhood.

This adventure will tell the story of Santa Claus, The Easter Bunny, The tooth Fairy, The Sand Man and Jack frost all of them in one movie! With extraordinary characters who will play the roles of your most favorite personalities of all times.  They will fight against an evil spirit who wants to take over the world. With actors Chris Pine, Hugh Jack man, Jude Law and directed by Peter A. Ramsey and co director William Joyce this movie will give us a taste of all our all time favorites.

Other movies being released and playing now in Theaters

The Man With the Iron Fists

The Perks of Being a Wallflower