AT THE MOVIES! HOTTEST RELEASES FROM HOLLYWOOD INCLUDES MOVIE TRAILERS 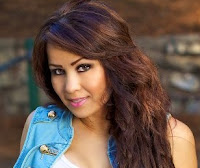 Hello friends, I hope you all enjoyed your Thanksgiving Day, and now after all that delicious food and great time together with family, it´s time to sit back, relax, and catch a new movie.

We have a lot of great new movie releases since the holidays, so be sure to catch your favorite one and enjoy!

THE CENTRAL PARK FIVE
A movie that is sure going to cause a lot of mixed emotions to its viewers due to its content and the strong message it will develop through out the story.

Five teens get convicted of a horrendous rape crime to white women while jogging in Central Park in New York in 1989, this night will change their lives forever. These teens are wrongfully accused due to their black and Latino ethnicity.

These young guys are in the wrong place at the wrong time and they are the perfect target to get blamed for such a horrible crime. Authorities and the media fail to comply with giving these teens a fair chance to express their rights and their innocence.

You will be shocked to find out the real truth, and how justice in many cases, comes way short affecting and changing the lives of innocent people  drastically and unjustified!

Directed by Ken Burns, David McMahon, Sarah Burns with actors Angela Black, Calvin O. Butts III, Natalie Byfield and David Dinkins this is a limited time release movie. So for those that like documentaries this is your movie to go catch at your nearest theatre.

This movie entails the love story of the famous filmmaker Alfred Hitchcock,. who was very influential in the last century,   and his wife Alma. The movie relives the good moments and the adversities that both faced together during the time of the filming of his most important movie, "Psycho".

Viewers will have a chance to know the real story of what went on in their relationship and the real roles they each played, once the cameras and scripts were put away.

RUST AND BONE
The story of a single father who has sole custody of his five year old son moves from Belgium to Antibes to live with his sister and husband as a family. He gets a job at a nightclub as a bouncer  and  meets Stephanie, a beautiful killer whale trainer who he gives his number to. Her high end social life makes it difficult for the pair to grow their romance.

After a tragic accident on the Marine land which robs her of her ability to walk, Stephanie is confined to a wheelchair desperate and devastated not wanting to continue or find her purpose in life.  Their relationship grows deeper and Ali helps her lift her spirits and gain her self-esteem back.

Directed by Jacques Audiard and with the participation of actors Marion Cotillard, Matthias Schoenaerts, Armand Verdure, Celine Salette and Corinne Masiero this movie is one for all the love birds out there. Teaching you that all the obstacles in life can be overcome when there is love and high spirits, a lesson of what two people in love can accomplish together.

THE END
For all the thriller lovers who like to scream and jump in their seats this movie is perfect for you. A group of friends gather in the Pyrenees. They are way over due to catch up on their lives since the have been friends for a long time so they arrange such reunion. After a nice dinner they all begin to reflect and tell what has been of their lives and what they have accomplished as adults. But, their friend nicknamed “The Prophet” starts to stir the fire and the air smells like tension.

All of a sudden the power goes out none of the vehicles start, everyone starts to panic. Now wondering that maybe their friend “The Prophet” is seeking revenge for all the pranks that they used to play on him. No communication or transportation is available to any of them in fear and panicking  with all contact from the outside world, they make disturbing discoveries that lead them to believe that the world in which they lives and knew has come to an end.

Directed by Jorge Torregrossa and actors Maribel Verdu, Daniel Grao, Clara Lago among others this movie will make your hair stand up.

A British pop star whose career rose him to the top of the music charts, must confront his past and the demons which he has been fighting in order to live his normal life. In the 1990’s he had reached stardom, all the radios had his music playing and he was an icon in the Pop Industry. After a night of drinks at a local bar with some friends he gets arrested and charged with a DUI and to add up to those charges a drug conviction from his past adds on to his detainment.

He had been keeping himself low key by working at a local farm, but when he gets in trouble he faces the possibility of deportation. He must now convince the judge and the DA that his presence in the US is crucial for his family’s survival and wellbeing. Desperately he will seek help and advice to his past music comrades and try to bring up his finished music career and to prosper once again.

The daughter of a wealthy entrepreneur is kidnapped by a known serial killer who is known as The Collector who has never been defeated. The father is in desperate need to rescue his daughter from this psychopath who tortures his victims in his own house, his home is an abandoned hotel that he converted into a painful and deadly environment.

The father hires a team of the most heavily armed team of dangerous men trained in cases of abduction. However this seems not to be enough to fight this monster they must turn and seek help from a man by the name of Arkin. The only man who has ever confronted The Collector and is alive to tell his story, even with his help there is a risk of losing the lives of the young woman and the team of men.

Directed by Marcus Dunstan and actors Emma Fitzpatrick, Josh Stewart, and Christopher McDonald who bring action with this movie.

This movie  tells the life of a professional investigator who is trying to get to the bottom of a poker crime unsolved. Livid that three unknown and low class level thieves have killed his poker business and dirty negotiations,  the mob’s big boss hires Jackie Cohan a hit man who will need to ensure that the thieves pay for their crime.

R Violence, sexual references, pervasive language and some drug use.

A film in a documentary format that brings the Mexican culture greatest personalities, customs, talents and beliefs all in one movie to teach us that the beauty of this culture is still alive. Some of the most iconic and popular artists and performers of the Mexican roots will teach us why they are at the top of the industry. We will learn about the art, the people the beauty of what this culture has still to offer and why they are so proud of who they have become and what they contribute to our society.

This is like a diary of music, trips, and scenery of what Mexico wants you to know about them despite the violence and corruptive government, Mexico beauty as a culture is still present and beautiful as always. With actors and participations  from Carla Morrison, Chavela Vargas, Julieta Venegas, Don Cheto, Oscar D Leon, Diego Luna, Alejandro Fernandez and many more.

I Hope you all enjoy the weekend and some of these movie releases during this month of November.

Thank you for all the support and love you give us.