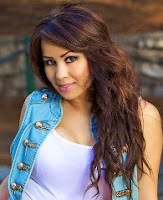 Hello friends hope you all had a great Easter and a great week. Its my pleasure to bring you the best of this week´s movie releases in Hollywood.
JURASSIC PARK  3D (Rated PG13):

Directed by one of Hollywood’s best Steven Spielberg this science fiction adventure comes to theatres this Friday April 5, 2013 in 3D. With actors Sam Nell, Jeff Goldblum, Bob Peck, Laura Dem, Martin Ferrero will bring you this state of the art experience to the big screen. The two dinosaur experts will lead a millionaire to a preview of their amusement park located in an Island in Costa Rica. While riding on the computer controlled touring cars and the weather not the most pleasant the action-thrilled adventure begins. The dinosaurs in the park rage out of control after being disturbed, so the visitors now must try to escape before they get attacked. So if you have seen this movie before the 3D experience will be absolutely spectacular!

Directed by Mans Marlind and Bjorn Stein this movie filled with terror will keep you glued to your seat. With actors Julianne Moore, Jeffrey DeMunn, Frances Conroy and Brooklyn Prouix. 6 Souls is scheduled to be in theatres this Friday. A female psychiatrist Dr. looses her husband after he is murdered, she begins doubting her faith in God and her religion. She has been a key witness to convicting over six killers based on her scientific expertise and assertions. Her father introduces her to his most difficult and troubled patient who suffers from different personalities. She will soon discover if her convictions have really been called for questioning or if she has involved herself in a deadly game.

Another mystery, suspense and horror movie in theatres this week is Evil Dead directed by Fede Alvarez. Jane Levy, Jessica Lucas, Shiloh Fernandez and Elizabeth Blackmore will have you screaming and grabbing on to your seat. This is a remake of a film from 1981 that involves about twenty five friends who are all held up in a remote cabin where they find a book of the dead. Their finding unravels the sleeping demons in the nearby woods causing their deaths one by one and leaving only one of them to survive and fight for his life. A movie that I am sure will not let you sleep at night once you´ve seen it, but it will be worth it.

Directed by Danny Boyle with actors James McAvoy, Rosario Dawson, and Vincent Cassel will bring a twist to this movie scheduled this week for release in theatres. An auctioneer teams up with a gang of criminals to steal a fine painting worth millions of dollars. During the heist he suffers a bullet wound to the head that causes him to loose his memory. When waking up from his sleep he cannot recall where he placed the painting this leads to some turmoil with the main man of the gang, who wants the truth and will get it no matter what is necessary to get him to recover some memory, even if this means hiring a psyche to help with the situation.

Well friends, this is it for now. Don’t forget to follow us on Face book, Twitter, and Instagram.
Much love to you all!
- April 04, 2013 No comments: