WACO, Texas (AP) — President Barack Obama consoled a rural Texas community rocked by a deadly fertilizer plant explosion, telling mourners Thursday they are not alone in their grief and they will have the nation's support to rebuild from the devastation.
"This small town's family is bigger now," Obama said during a memorial service at Baylor University for victims of last week's explosion in nearby West, Texas, that killed 14 and injured 200. Nearly 10,000 gathered to remember the first responders killed in the blast, a crowd more than triple the size of West's entire population of 2,700.
"To the families, the neighbors grappling with unbearable loss, we are here to say you are not alone. You are not forgotten," Obama said to applause. "We may not all live here in Texas, but we're neighbors too. We're Americans too, and we stand with you."
The April 17 explosion left a crater more than 90 feet wide and damaged dozens of buildings, displacing many residents from their homes. The Insurance Council of Texas estimates it caused more than $100 million in damage, and crews were sifting the rubble to search for clues to what caused the explosion or whether foul play was involved.

Hollywood enlightens the big screen this week with a lot of great releases this weekend starting April 19, 2013. I hope you can all catch a nice flick.

I have to start off with this release since it is one that I personally can’t wait to see my favorite female singer Jenni Rivera “may she rest in peace” is part of the cast. Directed by Michael D. Olmos and Youssef  Delara and actors Gina Rodriguez, Jenni Rivera, Lou Diamond Phillips, Edward James Olmos, Emilio Rivera, and Joseph Julian Soria. This is a story of a promising hip-hop artist from Los Angeles whose dream is to succeed in the music industry. Her mother faces a sentence in jail and she faces the life of the show biz and its obstacles. When a known record label wants to give her the opportunity of a lifetime, Filly Brown will have to decide between her career or the friends who have supported her since day one. This movie is scheduled to touch the hearts of many not only because of its plot but also because of the deceased singer Jenni Rivera who is a legend in the Regional Mexican Music Industry and the whole world.


OBLIVION (Rated PG):
Tom Cruise stars in this film, an original and groundbreaking cinematic event from the visionary director of TRON: Legacy and producers of Rise of the Planet of the Apes. On a spectacular future Earth that has evolved beyond recognition, one man´s confrontation with the past will lead him on a journey of redemption and discovery as he battles to save mankind. Actor Morgan Freeman is also part of the action in this movie directed by Joseph Kosinski.

In this film you can see the work of Director Jack McCoy along with actors Jamie O’Brian, The Marshall Brothers, Manoa Drollet, Stephanie Gilmore and Jordy Smith, bringing the documentary of a surfer to a theatre near you. A very interesting story of how the Hawaiian surf culture conquered the world. This movie digs the deepest roots of a surfer’s subconscious, ancient lore, and the craft of a surfer. This film reflects the connection with the sport, history and the ocean and good way to learn and appreciate this talent and sport . A couple of women from the Kaiulani descent bring the history of surfing from back in the 1800’s when it  was first exposed.

A movie a little more racy and graphic is Holla II this movie contains some violent and horror scenes. Directed by  H.M Coakley with actors Vanessa Bell Calloway, Kiely Williams, Greg Cipes and others.  A very interesting story of two sisters, one of them which is mentally ill, and the mentally stable sister who is running away from her taking her mother along with her.

She relocates in order to save her life from her psychopath sister. But after six years have past since relocating, she experiences the unexpected on the eve of her wedding which is held in a haunted house which is rumored to be possessed by 13 murdered slaves. No one will be safe and everyone will become a suspect, so if you like the adrenaline rushing movies this one is for you.

THE LORDS OF SALEM (Rated R):

Directed by Rob Zombie and the cast, which includes Bruce Davison, Judy Geeson, Dee Wallace, Ken Foree, Maria Conchita Alonso and others is scheduled to open in theatres this weekend. This movie is based in Salem and tells the story of one of its local DJ’s who receives a mysterious record that once he plays it, a diabolic force of evil is unveiled from the record. This record playing puts a strange spell over the town of Harlem. The local radio DJ’s come to find out that the record has come from a local band called the Lords who are scheduled to perform in an event in Salem. The DJ’s become intrigued and concerned with what this local band can do to their town and people. Even though they are aware of their surroundings and the evil around them it will be a battle to overcome it or avoid getting  possessed by it.

This is it for now friends, and as always I hope you all will enjoy the rest of your week and hopefully have a chance to catch one of these movies. 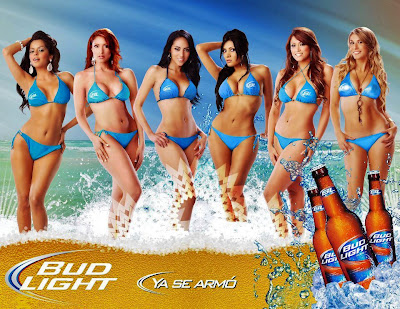