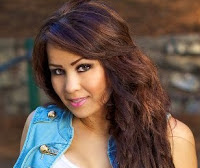 By Mary Alize
Hope you are all having a great week and are ready to enjoy one of Hollywood’s newest releases.

AFTER EARTH (PG 13):
One of the most expected releases this week is After Earth the great actor Will Smith comes to the big screen along with his son in this amazing movie. A father and son must come together to save themselves from the desolate planet in which they have landed. After their craft crashes on Earth 1000 years in the future they must fight to find their way home. General Cypher has just finished his duty as a military and now is trying to transition and be a father to his son Kitai. Their ship is hit by an asteroid storm severely damaging it and causing them to crash land on Earth. Directed by Night Shyamalan and actors Will Smith, Jaden Smith, Zoe Kravitz, Sophie Okonedo, Lincoln Lewis among others brings this new action thrilled movie to theatres near you.

AMERICAN MARY (RATED R):
A movie that I found interesting but creepy at the same time a little on the psycholo…
Post a Comment
Read more
More posts