MILLION JOIN PROTESTS IN MORE THAN 100 CITIES IN BRAZIL 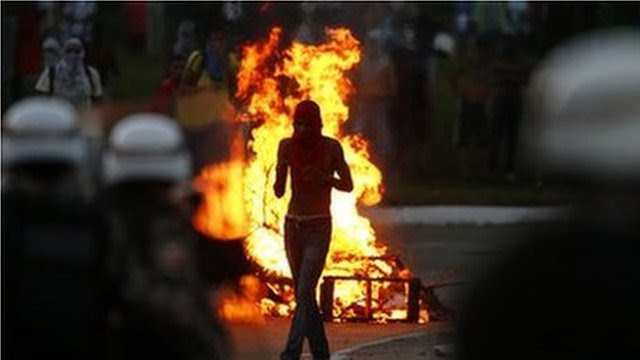 More than a million people are reported to have taken part in protests in about 100 cities across Brazil, the latest in a wave of demonstrations. Violence erupted in many places and an 18-year-old man died when a car drove through a barricade in Sao Paulo state.

Protests began more than a week ago over high transport fares but are also highlighting corruption and the cost of next year's football World Cup.
President Dilma Rousseff called off a trip to Japan to deal with the crisis.
She has called an emergency meeting of her cabinet for Friday to discuss the unrest.

The newspaper Folha de Sao Paulo, citing official figures, said that more than one million people had taken part in Thursday's demonstrations.
Brazilian media said there were protests in more than 100 cities.

TV images showed gangs looting shops in the city centre - although many Rio shopkeepers and banks had put up wooden hoardings to protect their premises. 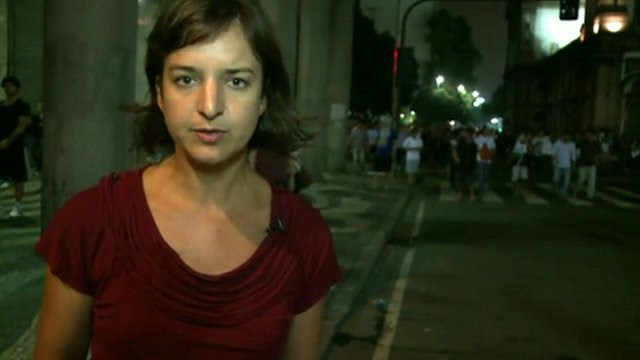 In the capital, Brasilia, demonstrators started a small fire at the entrance to the foreign ministry and were driven back by police using rubber bullets and tear gas.
Other government buildings in the city were attacked and riot police used tear gas and rubber bullets to scatter the crowds. About 26 people were reported injured.

There were also clashes outside a football stadium in Salvador ahead of a Confederations Cup match between Nigeria and Uruguay. More clashes were reported in Porto Alegre in the south, Campinas north of Sao Paulo and in the north-eastern city of Salvador.
- June 21, 2013 No comments: