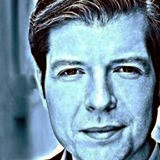 By Fernando Espuelas
Sen. Kelly Ayotte (R-N.H.) has an obsession. She has been searching and searching for a way to put the screws on immigrant children. And now she’s on a new path to make low-income immigrant families poorer. Think of Ayotte as a reverse Mother Teresa: Take from the poor and give to the wealthy.
Just last month Ayotte put her name on a nasty bill that would have deprived the families of some 5 million American kids — children of undocumented immigrants — of the right to file for the Child Tax Credit when paying their taxes through the IRS's Individual Taxpayer Identification Number system. This has been the hobby-horse legislation of Alabama’s anti-immigrant crusader Sen. Jeff Sessions (R) as he seeks a demographic trip back to the 18th century.

Suprisingly, Ayotte, who is said to harbor national ambitions, picked this nativist legislative project to call her own. In a social media nanosecond, her plans were bombarded by outraged citizens and child-advocacy groups. Adding to the very public rebuke of Ayotte, the Senate Democratic leadership said absolutely not, this bill is dead on arrival. Next.
Not surprisingly, targeting low-income kids for massive tax hikes is a political dead end.
But let’s give Ayotte credit. When she has the opportunity to gain points with the Tea Party and position herself for some role in 2016, hurting kids is a worthy cause. In an age when we often criticize our politicians for being fickle, Ayotte can’t be lumped in with that lot. She is determined to hurt low-income families with children, and now she’s on to her Plan B.
Ayotte’s latest thrust in this morally bankrupt campaign is to go after the baby "Dreamers.” The kids who have applied for the Deferred Action for Childhood Arrivals program, President Obama’s mini Dream Act, are protected from Ayotte’s plans, so now the senator is going after the little kids, younger than 15.

Who are these children? They are the kids of undocumented workers, people mostly at the bottom of the income pyramid who depend on the Child Tax Credit (extended to working families) as a critical buffer between working subsistence and abject poverty. They work, pay taxes and contribute to the common good, which makes them, apparently, worthy for punishment.
While her last attempt to hike taxes on immigrant children was ostensibly the way to pay for the extension of unemployment insurance, this time she is pitting poor children against veterans. Ayotte proposes to raise taxes on the kids so retirement benefits for veterans — which were chopped by the bipartisan budget agreement last month — can be restored.
While there is no doubt that our nation’s veterans should be honored and protected when they come home — including receiving the benefits they earned and deserve — why finance this expense by taxing immigrant children and their families?
Ayotte and her colleagues claim that these immigrant workers are committing some massive fraud. This kind of accusation is to be expected; even the Tea Party caucus is not tone-deaf enough to state the real purpose of this campaign.
“Stick it to poor children” is not exactly bumper-sticker material.

But the reality is that the IRS has investigated cases of fraud as usual, prosecuted fraudsters as it does across all tax code violations, and has found that the Child Tax Credit is fundamentally sound. It promotes work, drives tax revenue to the Treasury and keeps low-income families from falling into poverty, as Ronald Reagan advocated in the 1980s.
But today’s GOP is not Reagan’s party anymore. Consumed by a ravenous, ultra-reactionary faction willing to lose elections in the name of ideology, the Republican Party is burning bridges with huge swaths of the electorate. From women and young people to Asian-Americans the LGBT community and Hispanics, the Tea party invasion of the GOP will turn many voter groups into solid (and perhaps permanent) Democratic constituencies, as African-Americans have become over the last several decades.
Ayotte’s targeting of the baby "Dreamers" will further alienate Latinos from the GOP not only today. Hispanics are the fastest growing, youngest voter demographic in the nation, and attacking kids with punitive, mean-spirited laws will produce generations of voters who will remember Ayotte and her machinations, and they will be running away from Republican candidates for years to come.
Just ask Pete Wilson.
Espuelas, a Henry Crown Fellow at the Aspen Institute, is a political analyst on television, radio and in print. He is the host and managing editor of “The Fernando Espuelas Show,” a daily political talk show syndicated nationally by the Univision America Network. Contact him at contact@espuelas.com and via Twitter @EspuelasVox.
- February 12, 2014 No comments: