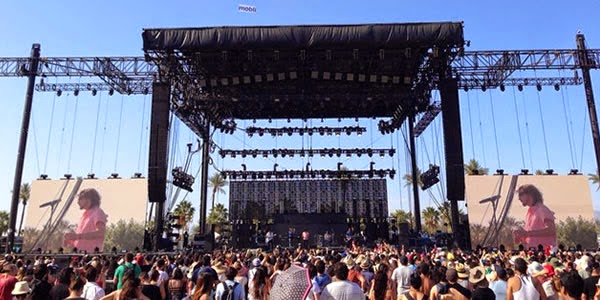 Zoé's successful performances on both weekends at the Coachella Music and Art Festival, in Indio, California, have been listed by the OC Weeklyin The best of Coachella 2014.  "By the end of the set, the pink shirt wearing León Larregui had the fans eating out of his palm. By showing off their chops, the quintet proved its ready to move inroads in the American marketplace." (D. Khon).
Both dates were a great success for the group who performed a one-hour set on the main stage alongside Beck, Calvin Harris and Arcade Fire, among others, in front of a cosmopolitan audience who had come to see the group's live show. Mexican flags could be seen among the thousands of festival attendees who would sing along to the group's hits. This was the only band that represented Latin America at the Festival on a hot but beautiful desert afternoon.
CLICK HERE TO SEE ZOÉ PERFORMANCE AT COACHELLA FESTIVAL
Both concerts at Coachella and their sold-out show in Pomona are part of the…
Post a Comment
Read more
More posts